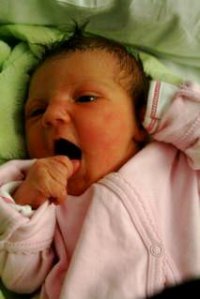 My wife Rachel and I became parents a few days ago (although, one could argue that happened roughly 9 months ago, but it became much more real this past weekend). At left is a picture of our newborn daughter, Grace Victoria Cavanaugh. She was born at 1:36am on Sunday, June 5th in Wellington, New Zealand. She was 7 pounds, 2.5 ounces at birth, and you can see she had quite a bit of hair. Her mother is resting and both are very healthy and happy…this is…a real blessing. We’re very, very lucky parents, and look forward to a lot of enjoyable difficulty (I’m certain that will make sense to all that have children).

I’ve been thinking about New Zealand as a subject for some time now. I wrote a not-all-that-great paper comparing it to the United States when I first arrived, and my sense of the country has evolved over the past 9 months or so since arrival. In a nutshell, I think New Zealand is a great place to live and work, and I’m more and more happy with our decision to attend graduate school here with each passing day. However, like most countries, New Zealand is not all black (rugby pun intended) and white ~ it is, to a certain extent, a mess of gray. I arrived with a group of thoughts or notions, about what life is like in New Zealand. Some have proven true, and some have not panned out. Specifically, what follows are three “myths” and three “truths.”

Much has been made of the break in the US-NZ leg of ANZUS over the nuclear issue between the United States and New Zealand in 1985 ~ the Lange government casting the U.S. as a bullying superpower, forcing nuclear weapons, power and testing on New Zealand (and the wider Pacific). However, the “nuclear free” policy has so many exceptions that it doesn’t seem to have much validity. As Ramesh Thakur wrote in 1989, 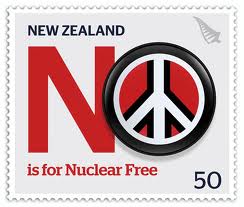 “The New Zealand Nuclear Free Zone, Disarmament and Arms Control Act of 1987 cuts moral corners by permitting U.S. military aircraft to continue using [the airport] in Christchurch for Antarctic operations without abandoning the U.S. policy to neither confirm nor deny (NCND) the presence of nuclear weapons aboard any vessel anywhere at any time and by permitting the use of nuclear devices for approved medical and research purposes.”
The NZ government also includes a Geological and Nuclear Sciences Department and recently it was discovered that uranium (in its yellowcake form) has been passing through New Zealand ports for years. So much for “nuclear free.”

Myth #2: New Zealand is in the Asia-Pacific region.

New Zealand thinks and acts as though it floats just south of the UK in the Atlantic Ocean. Indian scholar C. Raja Mohan, as the Visiting General Howard Kippenburger Chair at Victoria University, assessed New Zealand in a recent lecture as a “post modern” nation with a European mindset. New Zealand’s former Prime Minister, Helen Clark, agreed with this categorization in 2008 when she said,

“If New Zealand only traded and only entered into agreements with countries with which it had identical interests and views, then apart from Irealand and Switzerland and Scandinavia it would be pretty slim pickings.”

New Zealand’s geographic remoteness enables it to be a sort of free-agent in terms of its regional affiliation (i.e. a part of the Asia-Pacific without having to adopt any/much of its mindset).

New Zealand has long branded itself as a sort of eco-paradise, complete with a “100% Pure” ad campaign to propagate that image. PM John Key recently addressed and defended this selling point on the BBC. However, the reality is more of a mixed bag. While it is true that New Zealand has relatively low amounts of pollution by carbon emitting standards, it is also true that New Zealand was settled later, by fewer people, and with less industrial intensity than most of the rest of the world. It is also home to the Manawatu River, recently tagged as the most polluted river of 300 studied in the Western/developed world.

In sum, I think its safe to say that New Zealand is a lush, green-plant covered country that does fairly well in terms of its environmental quality ~ but “100% Pure” is certainly an overstatement.

Truth #1: New Zealand is one of the best sporting countries in the world.

In per capita terms, New Zealand is consistently ranked in the top 5 sporting nations in the world, and deserves this honor. This idea first caught my eye after reading Soccernomics, Although rugby dominates via the All Blacks (Rugby World Cup aka “The Stadium of 4 Million” is within 100 days now) ~ soccer, cricket, running/track and field, and outdoor sports are well supported and encouraged here. In this way, New Zealand reminds me an awful lot of Norway; an athletic nation, attuned to being outdoors and recreational pursuits. The running club I’ve joined, the Wellington Scottish, are a 100-year old remarkably well organized group that I’m excited to be a part of.

Wellington, largely through the efforts of Sir Peter Jackson and Weta Workshops/Studios, is a major global film industry force. Lord of the Rings, King Kong, Avatar, and now The Hobbit are recent examples. The Wellington airport just attempted to brand this one-word slogan by building a “Wellywood” sign to sit adjacent the tarmac (on a nearby hill – mock up at left). However, a local protest movement soon developed that has ground the work to a halt. That said, this is still an amazing town to be in if one likes film. Sir Ian McKellen is running around town, and my wife’s friend (a former ballerina) is working with and training actors on the digital motion devices at Weta. There are two, gorgeous, art deco, 1920s/30s era movie theaters here that give off an air of nostalgia that I can only describe as similar to walking in to Wrigley Field.

Truth #3: The best things in New Zealand are outdoors and free.

Rachel and I hiked the Milford Track (picture of McKinnon Pass at left) this past November and it was the most beautiful hike I’ve ever been on. In fact, Milford’s moniker is “the finest walk in the world.” Since then we’ve hiked as much as possible while pregnant, mostly down on the northern part of the South Island (specifically on the Abel Tasman Coastal Track). As a trail runner, I can’t believe the amount of trails surrounding Wellington ~ within 30 minutes I can be on a ridgeline that overlooks the sea on two sides! Fantastic, in one word. This is New Zealand at its finest.