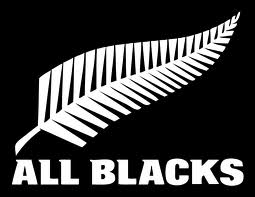 I went for a run on Oriental Bay a few weeks ago, and as I turned left I nearly bowled over All Blacks Head Coach Graham Henry on the day of the Tri Nations match in Wellington. Although excited and somewhat mortified, I wanted to turn back and talk to him about an outsider’s view of an important reason to win the Rugby World Cup: the opportunity to provide New Zealand’s next generation with a new and inspiring sense of national pride.
My family and I are from the United States, and have been here for nearly a year on a work assignment. I hail from Minnesota, a northern state bordering Canada. It is a cold weather place of roughly 5 million people, once covered by an immense glacier. The remnants of this freeze blessed Minnesota with well over 10,000 lakes that turn into natural ice hockey surfaces come winter. Hockey is the state sport and is ingrained in each citizen’s DNA, just as rugby is in New Zealand.
I bring this up because my love for country came when I learned of the “Miracle on Ice,” when the U.S. hockey team defeated the Soviet Union 4-3 at the Lake Placid (New York) Winter Olympic Games in February 1980. The U.S. win stunned and excited the country, which had been reeling from Vietnam, Watergate, and a sort of national “malaise.” The country needed a great moment and the “Miracle” was as timely as it was memorable: in 1999, Sports Illustrated magazine named it the Top Sports Moment of the 20th Century.
The U.S. team was 20 total players, 12 of which were from Minnesota, including Saint Paul native (my home city) and Head Coach Herb Brooks. A nice background can be gained from renting (sorry, “hiring”) the movie Miracle, but to summarize, the team was composed entirely of amateurs. The Soviets, in contrast, were essentially professional athletes in the way they trained and were compensated, and their results showed it. The Soviets had defeated the U.S. National Hockey League All-Stars 6-0 the year prior to the Olympics, and won the Olympic Games in 1956, 1964, 1968, 1972, and 1976, winning 27 games, losing one, and tying one across that span. The week prior to the 1980 Games, the U.S. team played the Soviets in their last exhibition game and was subsequently blown out, 10-3.
However, the U.S. team caught fire when the Olympics started. Most famously, as sportscaster Al Michaels called off the final moments of the American victory over the Soviets, he rhetorically asked, “Do you believe in miracles?” The team went on to beat Finland to secure the Gold Medal.
I was still in diapers when the game actually happened, but the narrative remains embedded in my memory. Hundreds of frozen hours spent on winter ponds pretending to be a Team U.S.A. player cemented a desire to represent my country. I never lost sight of that passion that can make miracles possible. I still believe that.
Although I grew to be a decent player, I was never quite big enough, and consequently never made it past college (university) hockey. I never got to represent the United States on the ice, and the longing to do so shifted in a different direction: military service. I attended West Point, and have proudly served several years overseas with an American flag on my shoulder. I have a meaningful attachment to my country that gives me hope for and a stake in its future. Cynics might decry this as a sort of lustful nationalism that is blind to faults. Not true: love of country can be fully aware of mistakes and imperfections in addition to strengths. This is the basis for many (well, let’s face it, all) successful marriages.
For me, this process began with the story of the 1980 Olympic hockey team. As such, it seems that athletic events can extend beyond the playing surface. General Douglas MacArthur once said that, “On the fields of friendly strife are sown the seeds that on other days and other fields will bear the fruits of victory.” This is why I am pulling for the All Blacks and what I might have said to Coach Henry. The All Blacks are playing for much more than the Webb Ellis Cup, just as those Minnesota boys were playing for much more than a victory against the Soviets.
The All Blacks are playing to bring the country together, if just for a while. They’re playing to bring energy to the country, a positive sense of excitement that one can’t find at a protest or Parliament. They’re playing to bring out the best in New Zealanders as citizens, fans, and people. Most importantly, this Rugby World Cup is about creating a great new narrative or shared memory for the next generation. Like Kippenberger’s leadership, Hillary’s ascent, Jackson’s creativity and Apiata’s courage, an All Black victory could be a rallying point that reminds the young ones of New Zealand’s greatness. It might inspire some to take a little less money to stay home to be a teacher, firefighter, doctor, or even join the military to serve Aotearoa.
I’d close my little pep talk with Coach Henry with this: Nike ran an advertisement during the (other) World Cup with the tagline, “Write the future.” This, Coach Henry, is your team’s chance to write this amazing country’s future. Think hard, hold the pen steady, and I wish you all the best.