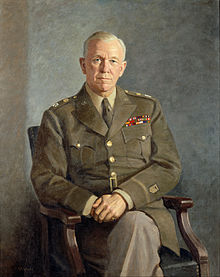 After a heated, bitterly contested election season, now that the peaceful transfer of power is complete and temperatures have subsided a bit—it’s important for the Profession of Arms to reflect on its critical role in this democratic society.

In the spirit of this important reflection, recently, I made the case that, while they should always maintain the right to vote—military officers should choose not to vote—to fulfill their professional duty to prevent politics from dividing our troops and separating us from society, as well as to uphold the long, star-studded tradition of uniformed non-voting (i.e. Grant, Marshall, Patton, Eisenhower, etc.).

In swift response, retired Gen. Carter Ham, announced in the Army Times he “could not disagree more strongly” with this position, and countered it was inadvisable “to suggest officers recuse themselves from one of the most fundamental rights and obligations of citizenry.” He concluded by reminding readers of then-Gen. George Washington’s words, “When we assumed the soldier, we did not lay aside the citizen.”We agree that military officers should always have the right to vote and that the only acceptable way for a military officer to exercise this right is to do so in silence and in secret.

But, as we all know, too many don’t live up to this standard, and there’s been a striking increase in partisanship amongst military officers (in 1976, 55% of officers polled chose not to affiliate with a particular political party, but by 2009 that figure plummeted to a mere 16%)—so we disagree fundamentally as to the nature, extent and remedy for this problem.

Ham states the “important question” with respect to officer voting is whether an officer can maintain their pledge to support the chain of command “in their daily duties.” For example, officers ought to state their own “views to those senior to you,” but, when those same senior individuals “make decisions contrary to your personal recommendations, your oath of office requires you to embrace those decisions as your own.” This logic makes no distinction between military and political decisions: in both, state your opinion or make your vote, and if you’re overruled, simply salute and move on.

Yet, it is inherently different for military officers to exercise a partisan, political choice by voting in a national election, especially the selection of a commander-in-chief—compared with a “daily” military judgment like choosing a route of march or planning a rifle range. The nature of this partisan choice is dissimilar, if for no other reason than it involves the supreme professional imperative to maintain unit cohesion and societal trust. To be a member of the Profession of Arms is to subordinate certain personal interests for the good of the Nation, and in some cases this demands extraordinary measures, which is precisely why so many of our giants have chosen not to vote.

Ham counsels that officers who don’t meet the standard ought “resign” and “find another career path.” However, to follow this advice might mean purging officers at a rate that would shock Stalin—a 2010 survey found 27% of officers reported that another officer tried to influence their vote. Officers may think they can keep their personal politics separate from their official duties, but evidence indicates otherwise. Members of the profession must take non-partisanship more seriously, because we can’t resign our way out of this problem.

Even more disturbing, current societal trends amplify partisanship; the social media age has brought ubiquitous, 24-hour news screens which cast an unmistakable Red or Blue shadow on each viewer, and digital sharing is now continuously available as a weapon of mass division, a mere thumb trigger away from destroying essential unit esprit de corps. When voters exit the sacred booth, they step into the wired world. The ballot may be secret; our society is not. Military officer’s “private” views will be tremendously difficult to maintain.

Ham also includes a lesser sanction: another “remedy is to educate officers as to their requirement to be apolitical in their words and in their actions.” Yet, an increase in mandatory classes seems unlikely when the amount of military bureaucratic training already literally exceeds time available.

The better and simpler course is to reassert a professional military ethic which supports abstention from voting in national elections. The question each member of the Profession of Arms should ask is: Am I doing all I can to subordinate myself to the Nation? If the answer is “yes,” and they can meet the standard previously described, then vote. But many will not feel entirely at ease with partisan choice, and instead select abstention, because practically speaking, officers that “vote” for the profession’s values over personal interests have no need to spread divisive ideas. The diverse nature of the officer corps means there will never be full agreement on this legitimate, ethical, professional choice—the objective would be a sufficient “herd immunity” that ensures healthy non-partisanship always outweighs the cancers that might corrupt society’s military arm.

Ham’s rebuttal finished with a reach to history, but, one would do well to read carefully. Washington’s words simply call attention to commissioned officers’ dual role in society (as citizens and servants, simultaneously). Yet, this sentence does not advise which role should take precedence, or importantly, when—and so this well-worn phrase isn’t much help here. A better historical example would recall the country’s greatest social and political fracture, our Civil War, which was only so devastatingly possible because a significant number of military officers chose to engage in politics and voted for secession with their feet (and arms).

When the war was over and terms were being agreed upon at Appomattox Court House, Confederate Gen. Robert E. Lee noticed Col. Ely Parker, a Seneca Indian serving on Gen. Ulysses S. Grant’s staff—Lee quipped, “I am glad to see one real American here.”

To which Col. Parker replied, “We are all Americans” now.

Since that moment, we’ve been one Army, indivisible and inseparable from society. And that’s what’s worth a military officer’s principled abstention from voting in national elections.