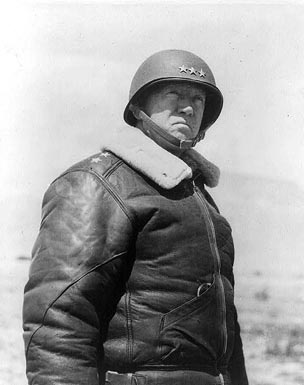 While he may have meant to disagree with my earlier-written opinion that military officers should not vote to maintain their professional obligation to reduce cancerous political partisanship in the ranks, his response’s immense irony is noteworthy.The irony that someone who’s best known professional writing was a dark, dystopian work of fiction which imagined an American military coup due to the “inevitable politicization of the military”—that writer would argue so strongly against the reduction of corrosive partisanship in the officer corps?

The irony that someone who’s recently written that overly partisan activity amongst retired military officers is “unseemly and inappropriate” and ought to be “smack[ed] down”—that writer would argue so strongly against the decrease of similarly harmful partisan activity in the currently serving part of the profession?

Perhaps the greatest irony is that we seem to agree on at least one point—the stakes are high and the choice to vote is up to each and every member of the Profession of Arms—so we should discuss this important issue.

Let’s start at the start. I recently argued that while military officers should always maintain the right to vote, they ought to forgo this right and choose not to vote—to uphold their professional duty to prevent partisan politics from dividing our troops and separating us from society, in addition to supporting the important tradition of uniformed non-voting, a position held by some of the American military’s greatest champions (i.e. Grant, Marshall, Patton, Eisenhower, etc.).

Dunlap and I disagree over advocacy for a professional military ethic which encourages abstention from voting in national elections. He states this “subverts civilian control of the military” and that writing in support of officer voting abstention defies the “longstanding policy put in place by the civilian leadership, that is, to encourage all military members to vote.” But the policy is not as specific as he lets on—it says military personnel are encouraged to “carry out the obligations of citizenship” yet we’re also strongly cautioned not to “engage in partisan political activity.” Reasonable minds can disagree, but some within the officer corps see the act of voting as an inherently partisan political activity which does cross a professional line (and a continuance of the sharp increase in partisan party affiliation amongst military officers). These vote-abstaining officers consider the catchphrase “selfless service” a true North Star, and take seriously the subordination of personal preferences in deference to the public good. To be a member of the Profession of Arms is to suppress certain individual interests for the Nation’s benefit, and in some cases this demands exceptional measures—in order to reinforce civilian control.

He also suggests voting is fine because it’s no different from any other decision a military officer makes, battlefield or otherwise. “Life is filled with hard choices,” Dunlap writes, and a “true military professional” votes, which he implies is akin to fighting: “in combat officers are often required to insulate their deep affection for their troops so as to prevent their feelings from unduly distorting their professional judgment.”

This conflates political choice and military judgment. It is clearly different for military officers to exercise a partisan, political choice by voting in a national election—compared with a combat decision like a battlefield maneuver or weapon’s selection. Not only are these two choices dissimilar by nature, but the uniquely harmful effect of corrosive partisanship brings with it the greatest risk of all—a threat to unit cohesion and societal trust. Without both, society’s “fist” cannot unite and disconnects from the body politic, a frightening scenario well-described in Dunlap’s previous fiction. Thus, the supreme stakes the officer corps attaches to political impartiality suggest professional values should outweigh one’s personal vote.

A lawyer, not a historian, Dunlap commits a factual error when he writes, “America’s armed forces stand[] ready to serve whoever may be the new commander-in-chief as faithfully and honorably as they have done since the nation’s founding.” Recall our Civil War, only so dreadfully possible because a significant number of military officers chose to engage in politics, would not serve President Lincoln “faithfully,” and elected instead to follow treasonous, secessionist leaders.

Then, 26% of West Point’s graduates “voted” for the Confederacy. In 2010, 27% of officers surveyed said another officer tried to influence their vote. Though we’re not on the verge of insurrection today, that number is still a problem, one that the greatest military officers our profession’s ever known met with a simple, elegant solution—principled abstention from voting in national elections. We’d do well to consider the same.